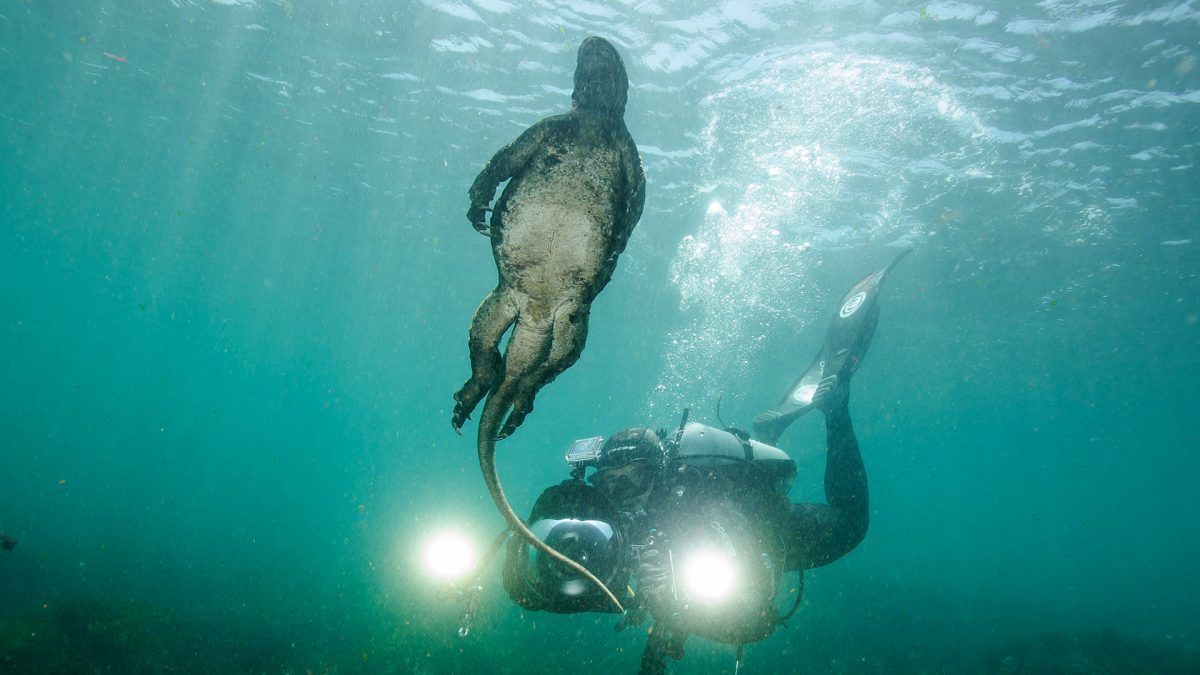 Despite the isolated nature and relatively small land mass, the Galapagos Islands are home to many species. These islands led Charles Darwin to his theory of evolution because there were so many unusual endemic species that can only be found in the Galapagos. Each one displays a unique feature that shows that it has adapted to its environment. Reptiles include an assortment of iguanas, lizards and snakes plus the famous Giant Galapagos Tortoise. Birds include 13 distinct Finch species, a hawk, an albatross, a penguin and a flightless cormorant. The few mammals include rice rats, bats, and sea lions.

The Spanish word for turtle is Galapagos, leading to the name of these islands which were once home to 250,000 of these long-living large reptiles. Today the population is stable at 15,000. The life span for this endemic species is said to reach 170 years. Without mammals as rivals, the Galapagos Tortoise is the largest herbivore in the Galapagos.

The Pacific Green Turtle, a unique endemic species, makes its home in the waters around the islands. About 400 species of fish are also found only in the Galapagos waters.

Unlike its cousins the world over, the Marine Iguana goes swimming in the ocean. This creature is certainly one of the most uniquely adapted to its environment. Special glands expel salt from its body, allowing it to seek nutrition in the sea.

The Santa Fe land iguana and the Galapagos iguana were so plentiful in Darwin’s time that he complained that there were too many iguana nests on one island for him to set up camp there. Now their numbers have declined due mainly to introduced predators such as rats, cats, dogs and pigs. While some island populations are very small now, there are still 5,000 or more spread out in colonies on the various islands. Active efforts to enhance the population are ongoing with new colonies being introduced in areas that have been depopulated.

There are actually seven species of lava lizards known to inhabit the island. These small lizards have distinctive colors and traits that distinguish them from one another. Some exist only one one island, which adds to their evolutionary isolation. Colors include dark brown, dark red and black with yellow stripes. Males tend to be more brightly colored. If a predator grabs it by the tail, the Lava Lizard can disconnect and live to grow a new tail.

nextWhy are we Eco?