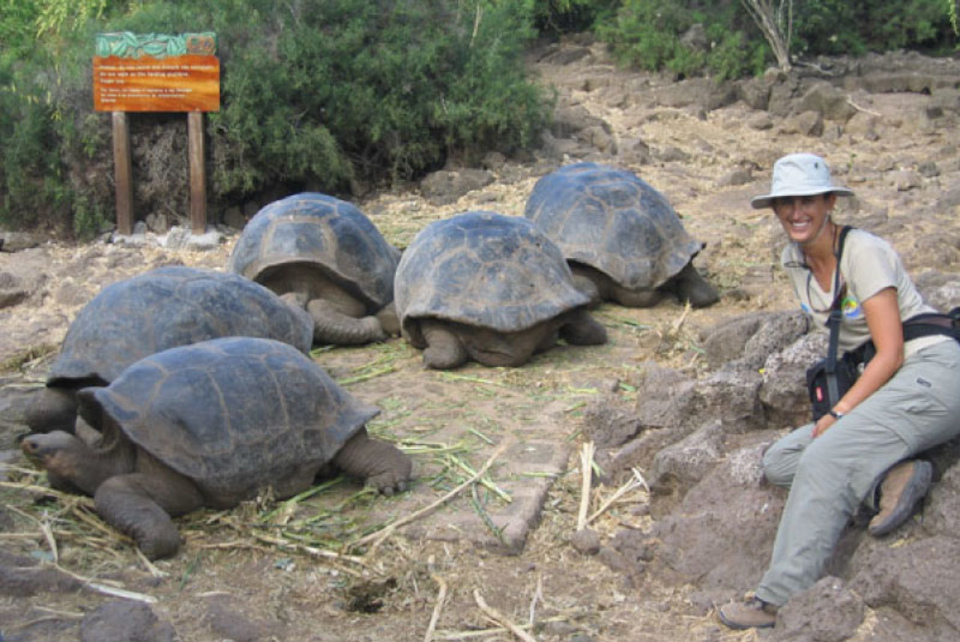 How the Galapagos Islands Play an Important Role in Science

Charles Darwin was an English naturalist who made a name for himself by developing and publishing his theories on evolution. He established that all living things have a common ancestor and evolved to play unique roles in the environment. His 1859 book “On the Origin of Species” was followed by several more detailed publications of his work, which began in England but was amplified during his voyages to the Galapagos Islands. He visited the islands on the HMS Beagle, departing England on December 27, 1831. His voyage lasted for more than five years, during which he observed and collected specimens and investigated the geology of the islands. To honor his work and legacy, his foundation created the Charles Darwin Research Station in 1959, in association with the government of Ecuador. The Charles Darwin Research Station is located at Puerto Ayora, on Santa Cruz Island. The facility also has an administrative support office in Quito, Ecuador.

An important function of the Charles Darwin Research Station in Galapagos is monitoring invasive species. When visiting the facility, you may notice that many of the researchers and scientists are actually outdoors, collecting specimens and taking measurements. They are doing this in order to monitor the numbers of invasive species such as the Philornis downsi invasive fly and various ant species. Some of these species were accidentally brought to the islands by visitors. Invasive plant species such as guava, quinine and blackberry are considerably changing the ecology of the islands. Many of these plants were brought in by people living on the islands who intended to use them for food or medicine. Birds eat the seeds of the cultivated plants and then drop them in other places, resulting in the spread of non-native organisms. You might consider visiting the research station during one of their many collaborative public events. You could participate in counting and scouting for some of these invasive species.

Measuring the Sustainability of the Islands

The Charles Darwin Research Station in Galapagos is also responsible for monitoring the activity around the islands. In conjunction with the Galapagos National Park Service, the researchers monitor the activities of visitors in order to make sure that tours and explorers are leaving the islands in good condition. The islands have a 20 percent annual growth rate for economic activity, and the researchers want to ensure that all of this activity can take place while still preserving the islands for future generations. The educators at the Charles Darwin Research Station in Galapagos offer programs and lectures about the sustainability of the island activities. They have developed policies called Good Living for the residents of the Galapagos Islands as well as policies for the visitors. You will be given copies of these policies during your tour. For example, you’re not allowed to bring any seeds with you, nor can you collect any flowers, eggs, or feathers during your visit.

Conservation Programs of the Galapagos Islands’ Flora and Fauna

Conservation of the flora and fauna of the Galapagos Islands is one of the main activities conducted by the Charles Darwin Research Station. They care for wildlife that has been injured and help to rehabilitate them in hopes of returning them to the wild. You can see some of these animals during your tour. The research center also has a large library where you can learn more information about the tortoises, finches and other animals on the islands. If you are curious about Charles Darwin himself, the library offers many volumes about his life as well as his original publications. You can explore the indoor and outdoor exhibits of animals as well as the succession areas for the islands’ plants.

The Charles Darwin Research Station conducts many marine research projects. During your visit, you can learn about the details of these projects. The researchers offer a glimpse at the life of the East Pacific green turtle, which nests in the archipelago. They also offer explanations of how the Galapagos penguin and the flightless cormorant are doing in their roles as the largest flightless birds on the islands. While inside of the research station, you will be able to see how the marine researchers chart the movement of sharks around the islands of Darwin and Wolf.

Facilities and Amenities of the Charles Darwin Research Station in Galapagos

The research station is fully functional for its resident scientists, but it also welcomes guests and has many areas geared toward people who have never visited the islands before. You can spend the entire morning or afternoon at the facility. The indoor spaces are air-conditioned, and there is a cafe where you can enjoy a cup of locally grown, organic Galapagos coffee. The formal tour takes place with a guide, but you are free to linger at the indoor or outdoor exhibits and take your time. There is a gift shop where you can purchase books about the Galapagos Islands and the animals and plants that live there. You can also purchase art and other souvenirs depicting some of the beautiful land iguanas and finches that live throughout the islands.

Book now with us!

previousAll About the Galapagos Islands Tortoises

nextFlying to Galapagos: which airport should you choose?